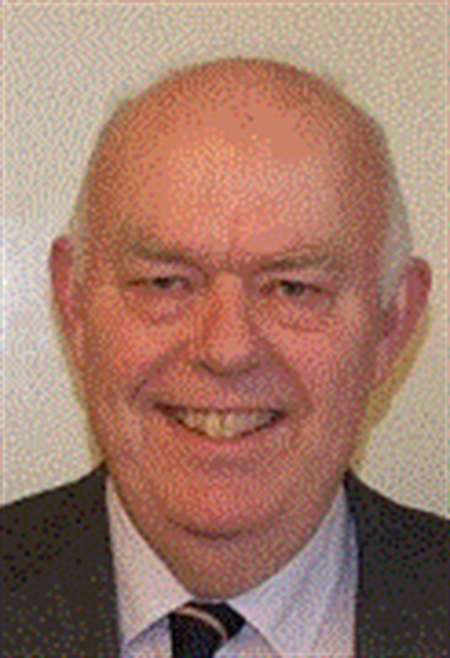 I have worked with computers for all of my adult life. I started to specialise in computer forensics 12 years ago and took training courses at Kenesaw State University Post Graduate School in Georgia in the United States and then at the Royal Military College of Science at Shrivenham.

I have been trained in expert witness skills by Bond Solon and have presented expert evidence in a number of cases in the Magistrates’ Court, the Crown Court and the High Court. My portfolio includes a number of high-profile cases, including Sir Martin Sorrell -v- FullSix SPA & Others, R -v- Ian Puddick and PC Toby Rowland -v- Rt Hon Andrew Mitchell MP.

Today’s mobile telephones are more powerful computers than those used to put a man on the moon and hold vast quantities of data. Extracting and analysing this data is part of almost every criminal case these days and it is important that this process is carried out by an expert.

Cell site analysis is commonly used to confirm that a suspect mobile telephone was indeed in an area at a particular time at which a crime was alleged to have been committed. Increasingly this evidence is used for proving or disproving alibis, demonstrating associations or conspiracies, confirming a victim’s movements and geographically placing suspects at the scene of a crime.

Satellite navigation systems hold limited quantities of very specific data and can be used to confirm or deny an alibi or to show exactly where and when a driver took a particular route and where and for how long, he waited. Many devices hold navigation information that can be extracted by someone with the necessary knowledge and tools.

Cryptanalysis – the recovery of lost passwords and of encrypted or password protected files.

This is not all spooks and organised crime but mainly administration of estates where the testator has left information on his computer that his executors require but has failed to leave details of the passwords. I have specialist knowledge, software and hardware to attack this problem. A service which I offer at a fixed price on a no success, no fee basis.

The enhancement and analysis of CCTV and video footage.

It seems today that our every move is recorded on a CCTV system or on someone’s smart phone but often the quality is poor and enhancement and analysis is required before this footage provides useful evidence. I have the specialist skills and software to carry out this process. It is fair to say that in every case where I have analysed CCTV footage it has shown witness statements to be false in some important respect. In two cases I was able to show that the statement of the prosecution witness who exhibited the CCTV was contradicted by the footage.

Open Source Intelligence (OSInt) – the recovery and analysis of data from overt sources.

The internet knows everything that is known about our past, our present and, some believe, our future or so it is said. The difficulty is separating the required information from the noise. This is where open source intelligence comes in, using focused searches, that often approach data repositories by unconventional methods and accessing data sources that are only visible in the so called ‘Dark Net’ whereby it is possible to find information that is not generally available.

The defendant in a fraud case gave evidence that she had no resources to repay the injured party. By carrying out an OSInt investigation I was able to identify a villa in Portugal, valued at EUR 300,000, that was owned by the defendant. My client was paid in full.

At one time this was the most commonly used email and free-form database system within the
commercial world. I have been programming and administering the Lotus Notes system since 1991 and I am qualified as a Principle Certified Lotus Professional (PCLP) both as a developer and as an administrator. Historical emails are often archived from this system and detailed knowledge is required to recover the evidence. I used this expertise both in Sir Martin Sorrell -v- FullSix SPA & others and in R -v- Cryne and others.

This is the analysis of digital photographs to enable an opinion to be formed as to whether two or more, images were made with the same camera. This has application in two disparate areas, examination of images for copyright purposes and the examination of offending images to obtain evidence tending to inculpate or exonerate a defendant.

In a parallel existence I have also been a lifelong member of the Intelligence Corps in the Territorial Army from which I have gained wide investigative experience and considerable understanding of both open and covert source intelligence. Anybody want a skill at arms instructor who is a computer forensic expert witness, a member of Mensa who speaks Esperanto and holds black belts in both Judo and Kendo?